A survey by the Property Council of Australia shows white collar workers are slowly returning to the office after a period of disruption caused by COVID-19. So, what does that mean for the future of physical office space in Australia? 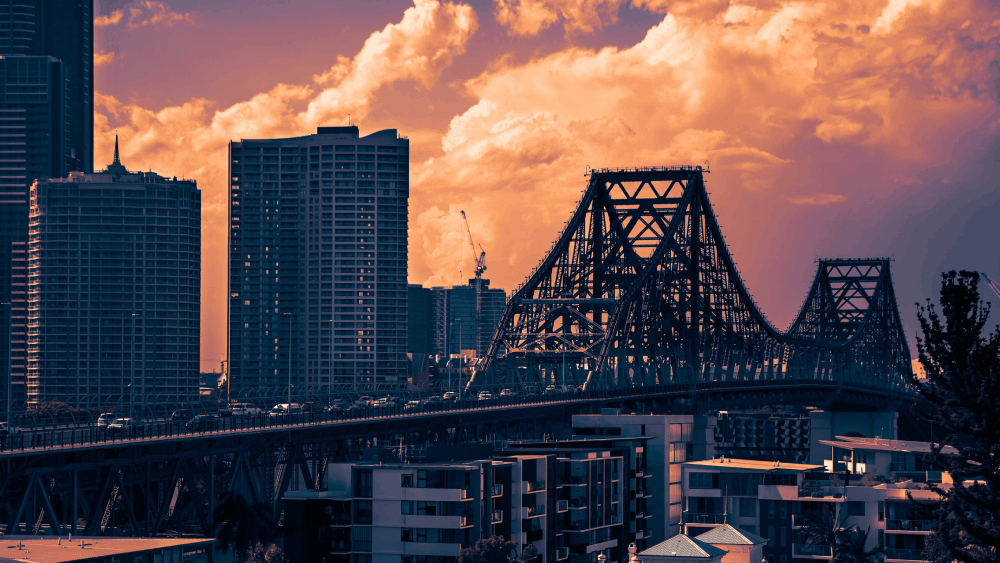 Office markets around the country, from Brisbane to Perth, have been the subject of concern since COVID-19 arrived on Australian shores in early-2020. Questions about the relevance of office space have become increasingly common: Will we see an office extinction in the near-future? Will work-at-home arrangements strangle the need for office space?

The answer to both questions is apparently no.

The Property Council of Australia (PCA) recently obtained 102 responses from members who collectively own or occupy the majority of office premises in Australian CBDs.

According to the PCA, it appears workplace occupancy is finding momentum, as office CBDs in every Australian city (except Melbourne, which was recently at the height of a second pandemic wave) saw an increase in occupancy between September 2020 and October 2020. 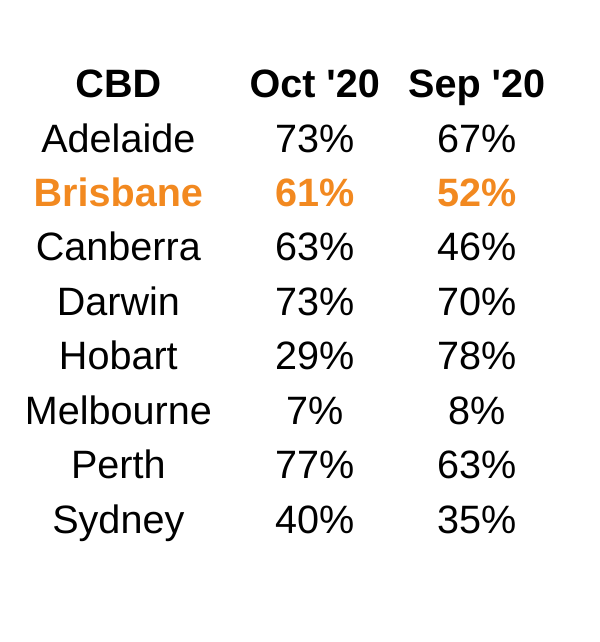 Brisbane led the charge for the major cities, increasing from half-occupancy in September 2020 to 61 per cent occupancy in October 2020. More businesses are expected to fill up office chairs as we turn the corner into 2021.

“This is encouraging news for the Australian economy given the critical role of CBD-based businesses in supporting jobs and economic activity,” Property Council chief executive Ken Morrison said.

“Including for all of those businesses which depend on CBD workforces for their viability.”

Problems with office have nothing to do with COVID-19

Of the 102 surveyed owners and occupiers, the major pain points for returning to the office are surprisingly unrelated to the pandemic, nor are they permanent. At least, not in the sense that flexible and remote work arrangements are drastically impacting office occupancy levels.

The main reason for the current levels of CBD occupancy are due to public transport concerns and workplace safety concerns.

These challenges are temporary in nature. And given the record spending on infrastructure projects for Australia’s major cities, these concerns are likely to evaporate in the coming years:

Another reason office space is likely to remain highly relevant, according to the PCA, is the importance office occupiers and owners place on a central location for their workers.

Of the survey respondents, 96 per cent see the role of physical office space as central to creating a corporate culture.

On a granular level, most of us who spent time working from the couch or kitchen table during COVID-19 could write a long list on the problem areas of working from home.

The federal government is just as wary of the role physical office space plays. Not just for individuals businesses, but for the nation’s economy.

In September 2020, prime minister Scott Morrison urged the return to office in a bid to “get our CBDs humming again”. The backing from the Australian Government is a vote of confidence for the future of office real estate.

While we’re unsure in what capacity, we’re certain that one government mandate will be to support the future of the office real estate market.

What does this mean for office property investors?

The office property market is heating up, as Australia’s concerns around the coronavirus cools down.

Just like frightened investors missed out on some amazing opportunities in Melbourne, many investors have opted to sit on the sidelines while high-quality office investment opportunities pass them by.

It is somewhat understandable, given the media-driven fear and the inability for many investors to conduct deep research into the true happenings of the Australian commercial property market.

Want to know how you can take advantage of office property opportunities in Brisbane?

Properties & Pathways is a commercial property syndicator with over 60 years’ collective investment experience. Get in touch with us to find out how you can benefit from brilliant investment opportunities in Australian commercial real estate, while they still exist.