Confidence in Australian property has hit record high according to the latest ANZ-Property Council survey results. 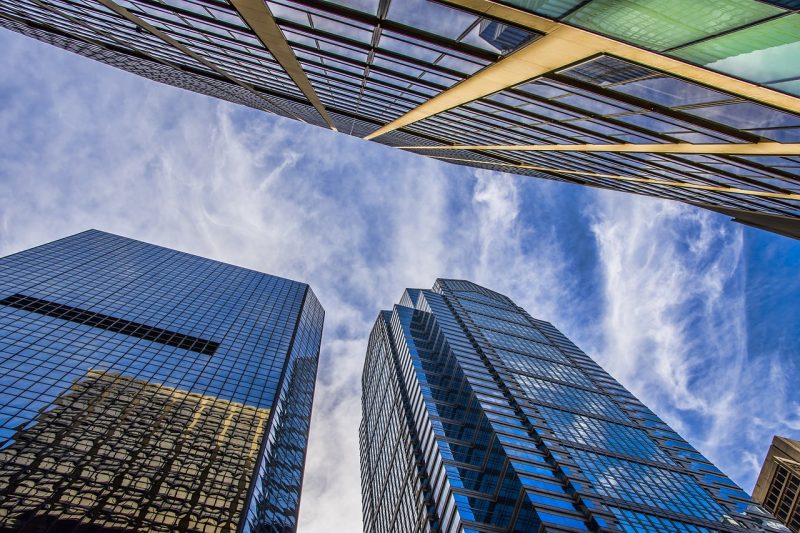 Property owners, developers, agents, managers, consultants, and members of government across the country have boasted record-breaking confidence in the future of Australian property.

The most recent survey conducted by ANZ and the Property Council last month for this year’s June quarter amassed the views of 1,000 respondents, who collectively expressed a great deal of optimism in future construction prospects and commercial property trends.

ANZ head of Australian economics David Plank and senior ANZ economist Daniel Gradwell headed up the report. “It is the first time since the survey commenced that the states’ optimism has been so well aligned, let alone at such a high level”, the survey’s authors wrote.

This is welcomed news for commercial property owners, tenants, and prospective investors.

Results At A Glance

Nationwide confidence is sitting at 143 index points according to the survey, which first began in 2011.

A score of 100 is considered neutral. 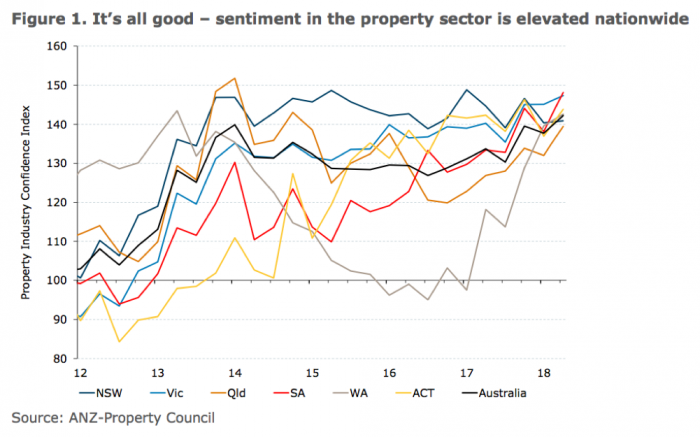 “It’s not just the fact that overall confidence rose to the highest level on record; it’s the way that the improvement is being seen across all regions of the country”, the report notes.

Drivers of confidence may indeed be different between the states. Expectations of a buoyant Perth market could be derived from people anticipating the cycle to turn. Meanwhile in Sydney, confidence may be assisted by property vacancy rates sitting below 5 per cent (with office space vacancies expecting a further drop).

Particularly resilient views were placed on Western Australia, as the decline of the state’s mining sector appears to have seen its worst.

Western Australia has undergone the greatest improvement in confidence over the last couple of years with a 42.1 index point shift in sentiment from the 12 months to March Quarter 2018.

“We have previously spoken about the trend improvement in the mining areas of Western Australia and Queensland over the past few years”, the ANZ economists reported. “Both regions posted further increases in sentiment in the June quarter.”

Expectations for buoyant office property prices were also substantially higher in WA than any other state (42.8 index point increase in the 12 months to March Quarter 2018).

Released at a similar time was Deloitte’s WA Economic Outlook, which propped up the views of an improving west coast property market.

WA’s property prices appear to be falling at declining rates (currently only negative 2 per cent growth compared to negative 5 per cent two years ago) and a further improvement is expected in the year ahead.

“This indicates a continuing mismatch in aggregate supply and demand as the market adjusts to slower population growth, tighter credit conditions for investors, and limited appetite to take on new debt”, says the Deloitte report’s authors Matt Judkins and James Campbell-Sloan.

Some of the record-breaking confidence was formed from continued growth in company profits.

Capital expenditure is expected to see a continued lift across the nation’s businesses. In combination with strengthening non-residential building approvals, this suggests we are likely to see some robust investment opportunities in the near future.

Keeping an ear to the ground is an investment fundamental, but interpreting reports with accuracy, understanding, and a willingness to act is a requirement for successful commercial property investing.

For more information on how you can invest alongside an experienced commercial property syndicator, get in touch with Properties & Pathways.