How the 2021 federal budget will turbocharge the economy

In its 2021 federal budget, the Australian government has outlined a plan to turbocharge our economy. 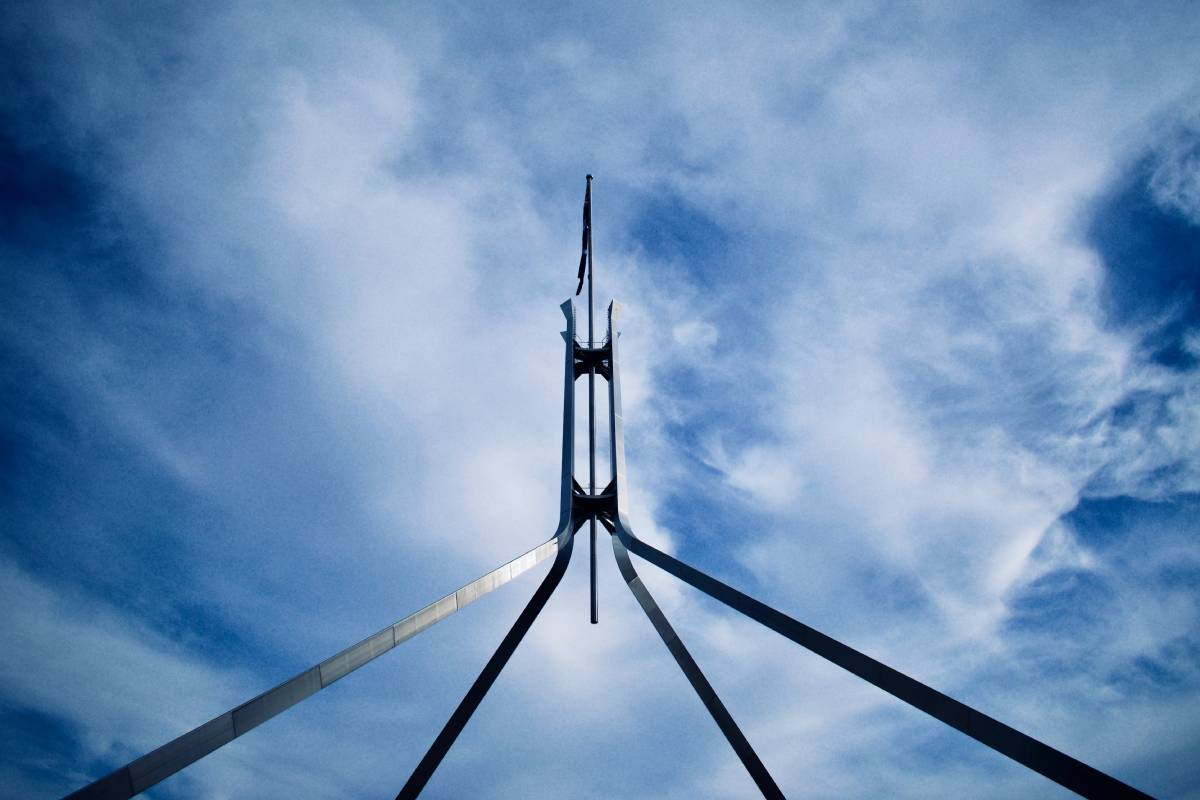 After one of the most bizarre years our country has seen, Josh Frydenberg has handed in this year’s federal budget. What does it look like? Well, COVID-19 rocked our economy but the 2021 federal budget is set to stabilise it – and then turbocharge it. How? By heeding one simple call: Spend, spend, spend!

The government is focused on driving unemployment down even further, from 5.6 per cent to approximately 4.5 per cent within the next two years. Treasury is also expecting an extra $5.1 billion from income tax versus its 2020 estimates, and the government has a firm mandate – despite having a long road ahead – to repair the budget by growing the country’s way out of debt.

When we look for commercial property, we always have one eye on the economy. And as we’re very much on the hunt for new acquisitions, we’ve summarised what’s on the horizon for the economy as a result of the 2021 federal budget.

Where are we now? And how did we get here?

We have lost any chance of a cash surplus in our budget over the next couple of years, seeing a deficit of around $163 billion instead of a surplus of approximately $6 billion (as was expected for 2020-21).

But yet Australia’s V-shaped economic recovery has seen our GDP forecast stronger than what was predicted before COVID hit our shores. And our budget deficit (while still 8 per cent of GDP) is $35 billion less than the government’s mid-2020 predictions.

So how did this happen?

When our bricks and mortar stores went into lockdown, ecommerce was the vehicle that saw millions of Australians continue their consumer spending, in ways some had never done before (but will now do so forever). We’re talking online shopping, which triggered a demand for logistics and transport companies that caused the industrial market to go gangbusters.

Our international border restrictions, hotel quarantine plans, and health controls allowed life to go on as normal for millions of Australians.

That’s not all. Due to global competitors in the iron ore market dropping off in the face of COVID-19 health challenges and China’s thirsty steels mills, surging iron ore prices led to a booming increase in tax revenue of $107 billion.

A heated housing market meant a huge increase in the flow of money across each of our major cities (but most notably in Perth, Brisbane and Adelaide).

And a tapering of stimulus measures has led the country to save approximately $70 billion more than expected when they were first rolled out early in 2020.

These collective drivers improved our jobs market recovery. And as we’ve seen in the budget, employment figures are expected to rise significantly thanks to generous infrastructure spending the government has planned across the country.

How the 2021 federal budget will improve the economy

Infrastructure and development a huge winner

We’ve said before that the number of cranes on a city’s skyline is a great (and yet underrated) indicator of the state of the economy. And while the number of cranes in Australia has just lifted for the first time in two years, we can expect to see plenty more on our cityscapes thanks to the government’s $15.2-billion injection in roads, rail and infrastructure. 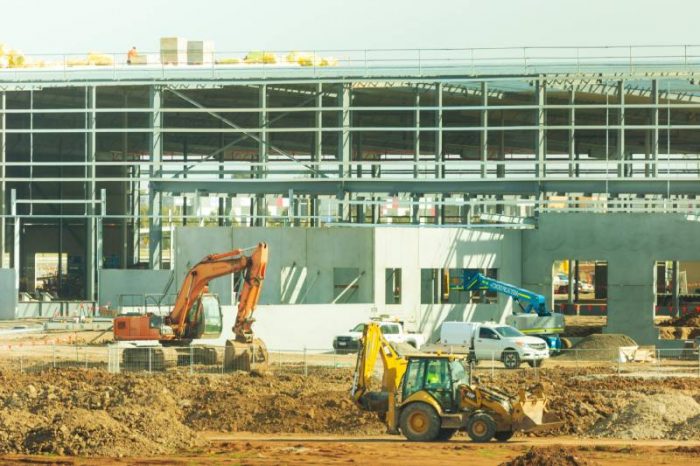 The government has added an extra $10 billion to its $100-billion, 10-year infrastructure plan. The bulk of it will be split between a $2-million intermodal terminal in Melbourne, upgrades to sections of the Great Western Highway in NSW (valued at the same amount), and a $1.3-billion injection into WA roads and rail.

These projects, and the many smaller slices of the $15.2-billion pie, will likely be a magnet for new development and the gentrification of many precincts across the country.

The benefits of this funding will be wide-spread to many dire areas of the economy.

The infrastructure spending spree from the 2021 federal budget will drive worker demand to levels we haven’t seen since the pre-pandemic period (and perhaps well before). This will help the unemployment rate get a much needed whack on the head, with its current rate of 5.6 per cent hoped to reduce to mid-4 per cent by 2023-24. 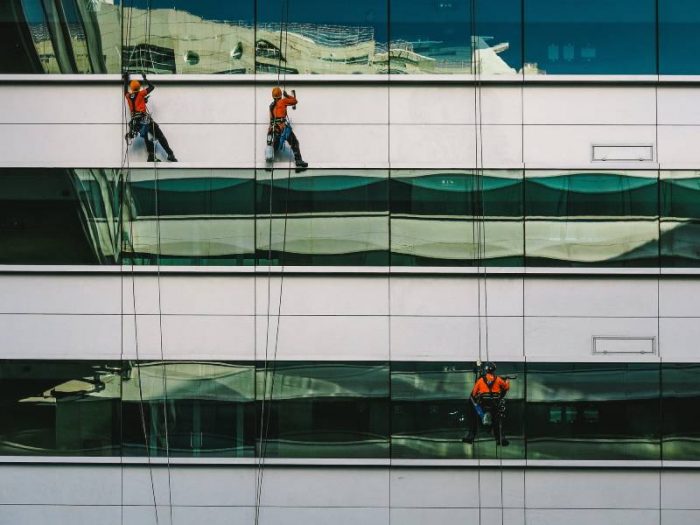 Housing and construction will contribute 750,000 direct and indirect jobs. We’d hope this would fill the gap caused by international and local border restrictions that have blocked the funnel of new workers and created a nation-wide skilled worker shortage.

Fuel on the fire for the property market

Australia’s property market has heated up. Not many would have expected it to do so so quickly after a health crisis that was supposed to pollute every aspect of our economic environment, but here we are.

Auctions are seeing residential assets find new owners for hundreds of thousands of dollars above asking price, and real estate agents are seeing triple-digit enquiries on certain properties within a day or two of being listed.

The problem though is that housing prices have become too scorched for first-timers to put their hands on their first real estate asset. The government, with its 2021 federal budget, aims to change this:

Given the many asset-rich/income-poor retirees out there, this will be a significant driver of cash spending for one of the largest mature age groups in Australia (approximately 1.3 million Australians are between 60 and 65 years of age). This should also help address (even marginally) the supply issue in our residential markets.

Our third biggest export to get a boost 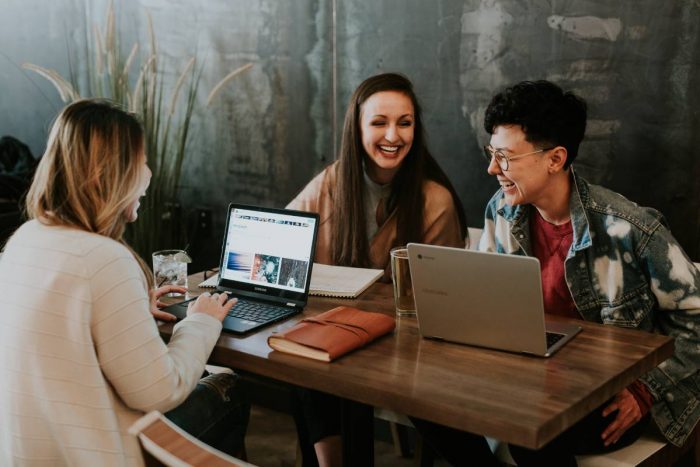 Education is our third largest export, an industry worth nearly $40 billion for the country. With China and neighbouring Asian countries our biggest education trade partners, we’ve seen massive damage to this sector with borders closed and travel restrictions put in place.

Many international students are expected to resume their studies later this year, and the intake will increase again from early-2022. It’ll be a long time before we reach the same intake levels seen pre-pandemic, with the government’s commitment to intake an annual 160,000 international students unlikely to happen before 2024. But this will be a welcome injection to our economy as we begin to repair the very big hole in our budget.

Where would you rather be?

Australia’s debt is almost at one trillion dollars. We are effectively paying $1.4 billion in interest each year – money that could have gone to infrastructure: new hospitals, arterial roads, and the like – and there is no way we will get out of this debt anytime soon.

But the majority of national debt is merely money that the government has put into our economy and not yet taxed back out. It is not necessarily the sign of a weak economy.

The interest rate on debt looks likely to remain lower than forecast nominal GDP growth, meaning that current debt levels are eminently sustainable, and the government has made the right call in not contemplating the kind of austerity programs that followed the GFC across a number of developed economies. – Shane Oliver, AMP Capital

We have managed this health crisis extremely well, and the positive GDP forecast for our nation shows this. Australia has always been a target for overseas investors to place their money because of the country’s stable economy, its ability to withstand global financial crises, and the transparent nature of its property markets.

Billions of foreign and domestic investment dollars are looking for a home right now. I wouldn’t hesitate asking these investors the same question we ask ourselves at Properties & Pathways: Would you really want to invest anywhere else than Australia?

Subscribe to our monthly newsletter and be the first to know about the state of the property market and the economy, as well as updates on our upcoming commercial property investment opportunities.

Properties & Pathways is a dynamic commercial property investment company. Our completed syndicates have provided investors an average annualised return of 19%. For more information on how you can invest alongside us, get in touch today.