Properties & Pathways began its portfolio in 2012 after being approached by a group of first-time investors. Several years on and the portfolio’s first investment OzDog Properties Unit Trust is still building wealth for investors. 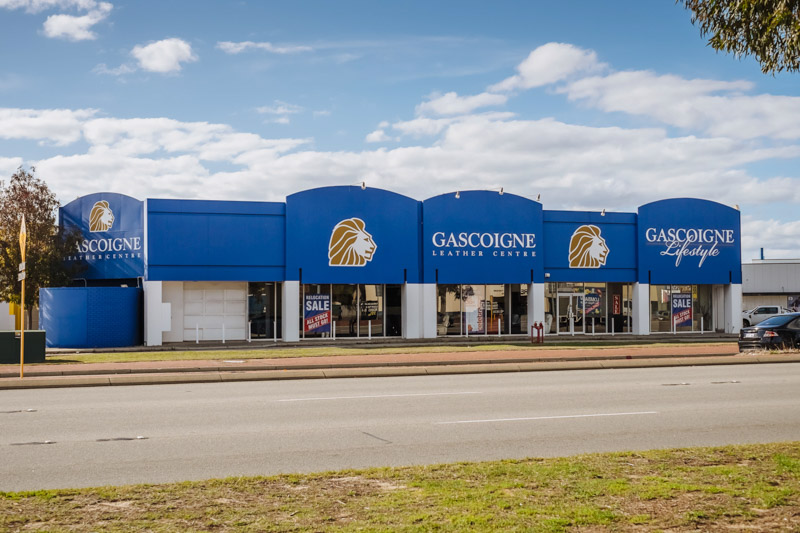 “None of them had been in property before,” says Alan, “but that’s what we do; provide expertise in an area where they have none.”

Their issue: no capacity to achieve this on their own.

The strength of Gascoyne Furniture as a sole occupant was discovered by an interpersonal approach from Alan.

“I went and spent three hours with him. Got to know him. Saw what type of tenant he was – a successful businessman with a group of existing properties. I got to know him quite well and it gave every indication that he’d be there ongoing.”

With Gascoyne Furniture on a new five-year lease, the property was purchased for $2.8 million. Properties & Pathways invested alongside its investors with a 25% share in the asset.

After its term was completed, Gascoyne was forced to depart the premises as its parent company pushed to downsize all stores to 700 sqm sites.

The departure threatened to leave Properties & Pathways with its first vacant property. This had the potential to halt the rental income, the property value and the investors’ confidence.

Properties & Pathways discussed with the investors the need to find a replacement tenant. Explaining to the syndicate that a secure tenancy is integral to the performance of the property, we wanted the next occupant to be a blue-chip tenant.

One was found within a month. Negotiations were immediately underway with Suncorp Bank.

As the property was split in three sections (two in the front, facing the road; and one behind), the bank’s original desire was to lease the two road-facing sections.

This would leave one-third of the building unoccupied.

“I knew our rent in the back area would drop big time, and we’d struggle to lease it… The property wouldn’t be special anymore – the third section needed to be a part of the building on the road.”

“We took them on a 10-year lease, and we went from a good tenant to a blue-chip tenant. They wanted it badly… they even put $2 million worth of fit outs in the property.

“Its value rocketed. Its income rocketed. So much so that we were able to borrow money from the bank from the increased value in the property, and put that into a new property.”

This means the approx. return on capital investment for our investors, with around $1 million invested, was an incredible 141%.

After losing a great tenant in Gascoyne Furniture, a much greater one was found in Suncorp Bank. The investment is still going strong.

The additional finance from the success of 1500 Albany Hwy was used to purchase Tuggerah Supa Centre in 2016 (achieving 58% profit in 12 months and a 40% return in 18 months). The proceeds from this investment was then put into Pathway Nine Unit Trust – a $16.5 million investment providing 8.73% p.a. yield in year one.

As for the first group of investors in Properties & Pathways…

“At least four have been in seven of our syndicates”, says Alan. “You can’t beat commercial real estate…

To have a robust commercial property investment working for you while you eat, sleep and enjoy life, get in touch with Properties & Pathways today.