Why the future of Large Format Retail could be industrial

When the going gets tough, the tough get creative. At least that’s what we’re seeing in property circles, and why industrial tenants are eyeing off LFR assets. 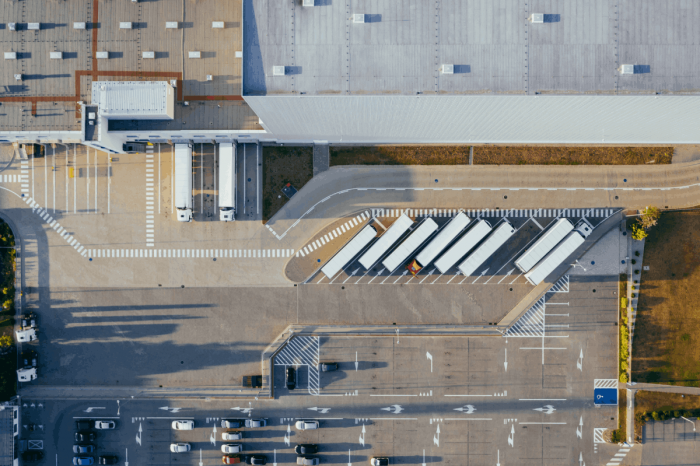 Revered investor Ray Dalio says the biggest challenges can be overcome by creativity. Those who can innovate and adapt well will be great winners in a game that’s begging to be changed.

While Dalio was talking about players in the financial system it seems plenty in the property industry would nod in agreement. Because the future of large format retail – which includes homemaker and bulky goods stores, like Harvey Norman – might not be death by eCommerce (spoiler: it never will be anyway). But it may be rebirth by the industrial and logistics sector.

Large Format Retail (LFR), by its name, has copped its unfair share of doubt from retail critics.

But the retail vertical is long and diverse. And LFR, unlike many other retail sub-sectors, has been performing well in recent years.

Quality tenants have flocked to LFR assets because rents are lower than enclosed retail centres. JLL reveals that LFR vacancy has declined as a result, currently down to 2.20 per cent in Melbourne (against 3.70 per cent for Melbourne retail) and 2.20 per cent in Sydney (against Sydney retail vacancy of 2.60 per cent).

But LFR sites are changing with the times

It makes sense when you consider the site coverage (the usable area of a premises) of these big box premises. There is a lot of lettable space on an LFR property and much of it may become redundant in the future.

Take car parking for instance. Home delivery, ride-share services and autonomous vehicles means car parks could hold a lot of dead space for LFR in future years; space that industrial tenants would love to use for manoeuvring large vehicles or even as hardstand.

Speaking of change, many LFR sites are in earshot of growing industrial areas, too close for shopper comfort. These reasons among others, JLL says, showcase the great opportunity for industrial and logistics operators to step into LFR assets.

So, last mile facilities could be targeting LFR sites?

The emerging trend in the LFR market is that industrial tenants could either:

As the eCommerce universe expands in line with population growth, warehouse and logistics centres will become more of a necessity. Warehousing, parcel pick-up, cold storage and distribution processing centres are just a few essential services needing a home for their operations.

But where to look?

To Sydney and Melbourne, of course, our two largest and most population-dense cities.

The proximity to freeways and existing precincts is a major drawcard for industrial tenants looking for LFR assets in Sydney or Melbourne. The typical time to travel from LFR asset to freeway is around four minutes in either city. This is great for mum and dads with restless kids in the backseat. It’s even better for long-haul trucks providing refrigerated transport.

Plan Melbourne, the city’s planning strategy to shape its metropolitan over the next 35 years, labels five state-significant industrial areas that will have strong potential to allow logistics use in future years, which includes established areas such as Altona and Laverton North. These are precincts to watch out for.

What does this mean for Large Format Retail?

Don’t be surprised if an LFR outlet in your nearby industrial area is occupied by an Australia Post or an international data centre in the next 10 years. But with low rents and high quality assets on offer, typical large format retail tenants will continue occupying big box sites for a long time.

Plus these LFR assets still give investors robust yields of around 7.1 per cent and above – take a look for yourself.

Not an investor with us? Schedule an obligation-free call or meeting to learn about our upcoming commercial real estate investments.