More Australians are looking to eCommerce to get their shopping fix. Delivery is a priority for online retailers, meaning industrial properties are becoming hot in demand. 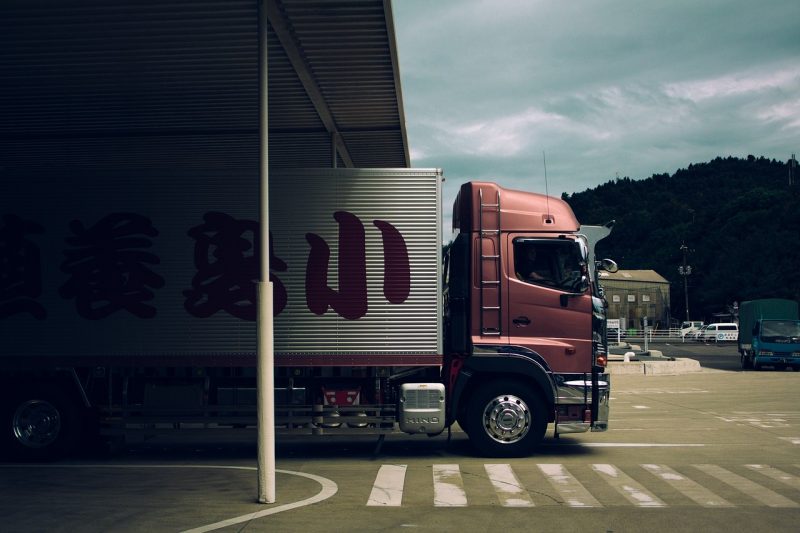 Whether or not you’re an online shopper, eCommerce is making waves in Australia. The promise of faster delivery and keeping up with consumer demand means the waves are being shared by those businesses delivering goods from warehouse to your doorstep.

That’s right, logistics and distribution centres have become hot property in Australia, with eCommerce fuelling much of the fire.

Today in Australia, online retail sales account for only 5% of total sales but that number is growing over 30% every year. Meanwhile, Australia’s warehousing and logistics industries could be worth a record $187 billion by 2021 according to researchers at Ken Research.

Growth in online sales might not translate to a tit-for-tat increase in industrial property investment, but distribution is the bloodline of online retailers. This is serving institutional investors a big appetite for industrial real estate.

The “I want it now” Consumer Culture

The first time you buy online you’ll be praising the courier with how quick the order arrived on your doorstep. Click, click – doorbell. For online retailers, customer satisfaction needs to grow in line with delivery expectations and product demand.

Woolworths, Australia’s largest supermarket chain, has seen online food sales in Australia grow at about 30% each year since it launched its digital initiative four years ago.

To keep up with online grocery orders in Victoria, the ‘Fresh Food People’ are now building the largest automated grocery distribution centre in the world.

The centre will handle over 13,000 different products, run 24-hours per day, seven days per week and provide the bulk of all Victoria’s grocery needs. At the cost of $560 million (up from an originally estimated $350 million) it will grow Woolworths’ total range by over 30% to between 60,000 and 70,000 products to match consumer demand. All of this done on a 15.9-hectare chunk of earth.

If there’s any sign of a growing need for logistics and distribution centres in a mounting online retail environment, surely this is Australia’s beacon.

Got a big population? Expect growth in industrial property demand

For eCommerce businesses, being near consumers is critical. Service is quicker, goods are cheaper, and demand is higher.

In 2005, Amazon made a quantum leap in the US with a fulfillment centre in Seattle and another in Delaware. Now, the online beast has over 140 centres.

The below map marks Amazon’s fulfillment centres in America and could be used to plan a US holiday – Every popular city is being serviced: 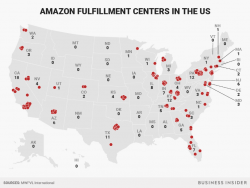 Heading back Down Under and we see sprouts emerging for a similar Amazon garden bed. Sydney and Melbourne have taken first dibs of Amazon’s only two Australian fulfillment centres (any reminders of Seattle and Delaware?) with more tipped to come.

The big boys have seemed to pick the hot market in Melbourne, or perhaps they’ve sparked the fire, because sales in the major city made up 42% of the whole country’s industrial market in the year to March 2018.

There’s surely a reason logistics businesses occupy two-thirds of all industrial space in the western market of Australia’s second most populated city.

Where the population resides, the logistics and distribution centres will too. And with Australia’s population growth the second fastest of any Western nation, expect the industrial industry to continue bolstering.

The US Booms and Australia Follows

eCommerce blew up in the USA between 2002 and 2007. From fashionistas to toy-hungry kids, Americans made ordering goods online the ‘in thing’.

Distribution centres had to match demand in those five years, making the industrial market an investor target:

You’re comparing a cat to a lion when sizing up Australia against America. But in the last five years, the online retail story of the world’s smallest continent reads a lot like the US’s – only stronger:

Australia may be a few chapters behind the US, but as the story continues to unfold distribution centres are going to need to keep up with eCommerce growth, especially as more people enter the country.

When thinking of industrial property, some might picture a dusty old warehouse. But that image has faded, as some of the most world’s biggest businesses lean on modern industrial properties to deliver their products.

Properties & Pathways is a dynamic commercial property investment group and is proud to keep you up to date with the latest news and trends in Australian commercial real estate. If you’re interested in investing alongside an experienced commercial property syndicator, get in touch today.