The RBA has kept the official cash rate on hold for the 33rd consecutive time and downcast Australian retailers brace for another challenging month. But should store owners really lean on an interest rate cut to save them in tough times?

And if not interest rates, what could help retailers? 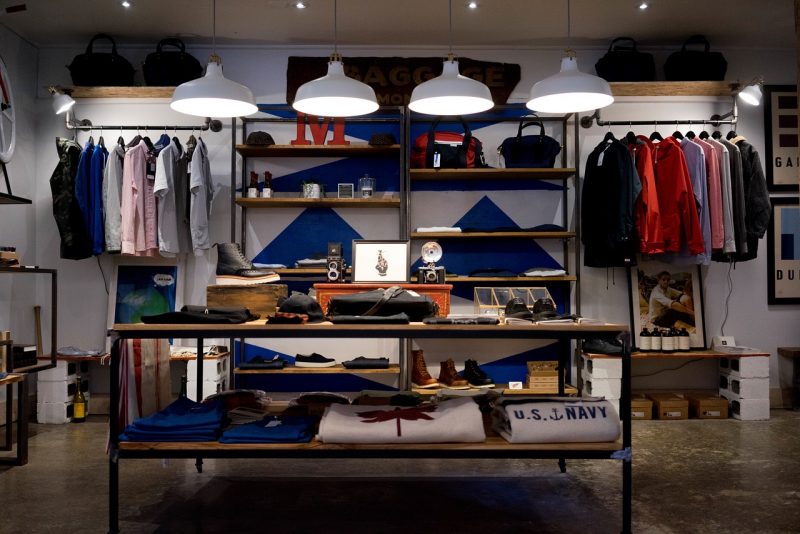 “At its meeting today, the Board decided to leave the cash rate unchanged at 1.50 per cent.” Retailers are getting sick of seeing this message from RBA Governor Philip Lowe.

Retail sales growth has had a steady decline from approx. 6 per cent in 2014 to 3 per cent in 2019, and the household saving rate has followed a similar trend.

With no interest rate cut since August 2016, it’s as if the Reserve Bank has forgotten all about shop owners and their need to get customers back through store doors. Surely, the RBA would do something about it by cutting interest rates… Right?

Not storms, but hurricanes in Australian retail

“We wanted an interest rate cut because for us it means people would have a higher disposable income,” Mr Mak said to The Sydney Morning Herald. “My friends in fashion retailing and whitegoods for example are doing it tough. No one is saying they can grow during this economic climate.”

Speaking to The Sydney Morning Herald after the RBA’s May interest rate announcement, the store owners can’t help blame the RBA’s decision to keep rates on hold for the retail storm “turning into a hurricane.”

Consumers have kept their wallets in their pockets for a while now.

Many Australian retailers say that an interest rate cut – to a record low of 1.25 per cent – would boost consumer confidence. If somehow the banks passed on the full rate cut, retailers expect customers would pay less on their home loans and use the residual funds to spend in shops.

The question is, how’s a quarter point – or even half a point – in interest rates going to turn Australian savers into overnight spenders? Retail only accounts for around 30 per cent of household spending anyway.

Many consumers have household debt to focus on, and this has put a stone on the road for spending sprees. Average household savings is nearly at a post-GFC low and this wouldn’t improve drastically with a rate cut. Especially if deposit rates dip another 25 basis points alongside it. 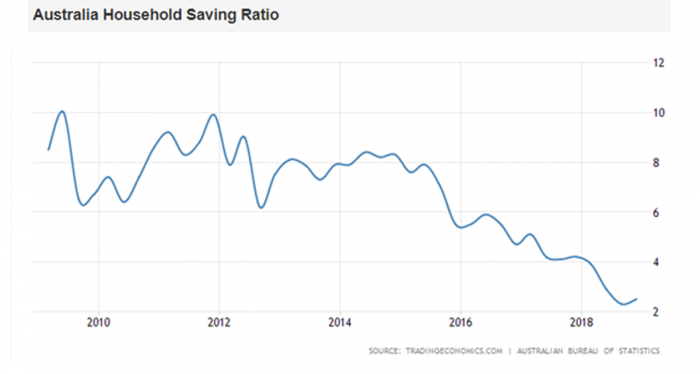 It could hamstring savings and earnings

Industry Professor Warren Hogan at the University of Technology in Sydney says a cut to record-low interest rates will just hurt those with money already saved.

Consumers will be less confident about spending a dollar, if a dollar is tougher to earn.

Professor Hogan says the same problem would be felt by shop owners themselves.

“Small businesses and non-profits also use term deposits. Many have substantial operational funds sitting on deposit with banks and will be seriously hurt by lower rates. They might even affect their ability to hire, invest and pay higher wages.”

It could weaken the Aussie Dollar (and wages growth)

“We are running into headwinds of a declining exchange rate,” says Janine Dixon of Victoria University, “which reduces the purchasing power of wages earned by consumers.”

“As the exchange rate goes down real wage growth will weaken. And we have taken into account the jobs that would be created in exports, but we still see it as a negative,” she said.

It could be a damaging combination: No wage growth and low cash rate

Professor Ross Garnaut from the Australian National University said the RBA is being too optimistic on its views about the labour markets. This should be the focus, as he warns weaker currency and structural changes will cause further downturn in the labour market and wages growth.

“What happens if we start doing what the rest of the world did – that is getting down to zero per cent cash rate but no wage growth? I would not take the additional step into quantitative easing.”

What could help retailers?

Wage growth needs to kick into gear before Australians hand their precious dollars over the counter.

Sitting at 2.3 per cent, wage growth has almost halved since 2011. Those with an income need financial security. Knowing they’ll have a job tomorrow is one thing. Knowing how much they’ll earn tomorrow is another. 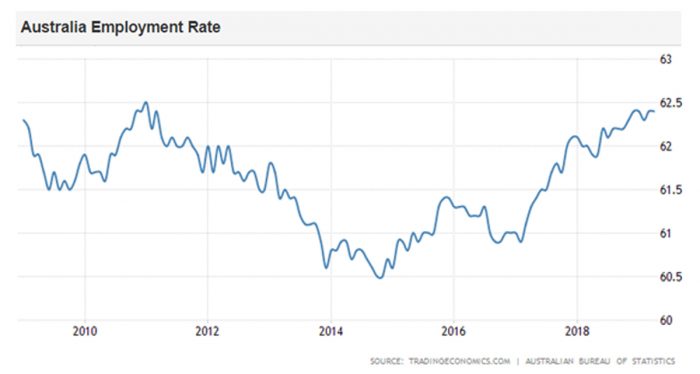 Most shoppers have a job. But underemployment – where people work low weekly hours or in jobs they’re overqualified for – has seen a steady rise in the last decade.

As at April 2019, the underemployment rate is sitting at 8.3 per cent, the highest ever in Australia.

Even the RBA cites high underemployment rates as a cause of wages growth slowdown. 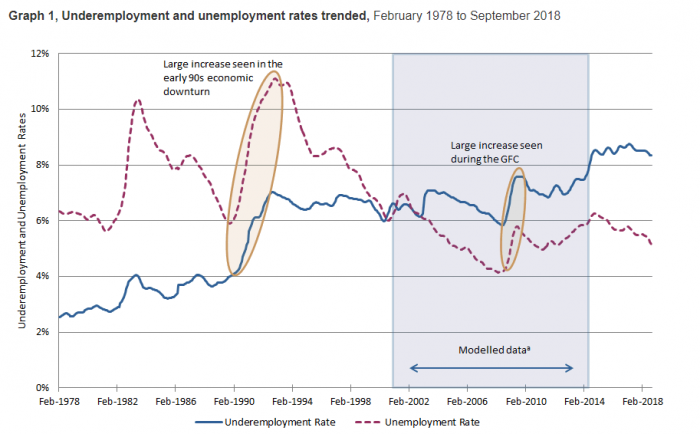 The explanation for underemployment is simple. More people are working part-time than in the past. And even the way people are employed is changing. Ride-sharing businesses like Uber and freelance sites like upwork.com are helping people earn, but not as much as the typical banker, accountant or even teacher would.

Of course, technology is a factor for the underemployed, too. Automation has been a vacuum for many human-based roles.

The 2018-19 Federal Budget announced changes to income tax rate thresholds, reducing tax payable by low- and middle-income earners over the next several years. This should be better news for retailers than any reduction to a historical low interest rate.

Good old-fashioned mindset. That’s a key piece missing from the puzzle. If shoppers feel they’re missing out and have money to burn, their response is generally to act.

Consumer confidence has trended downward since post-GFC 2010. A confidence boost could result from wage growth and income tax cuts coming to fruition. Or it could be an unforeseen event of environment, like a trend of overseas investment or mining productivity.

Yes, it’s a tough retail environment. But that won’t last forever. There are a few reasons for retailers to point pistols away from the RBA, and even more reasons for them to keep their heads up until the economy flexes its muscle again. Lower interest rates probably won’t be the cause of it.

Properties & Pathways is a commercial property investment firm in Australia. We don’t set the trends, but we like to ride the cycles. For more information on how you can invest alongside us, get in touch today.